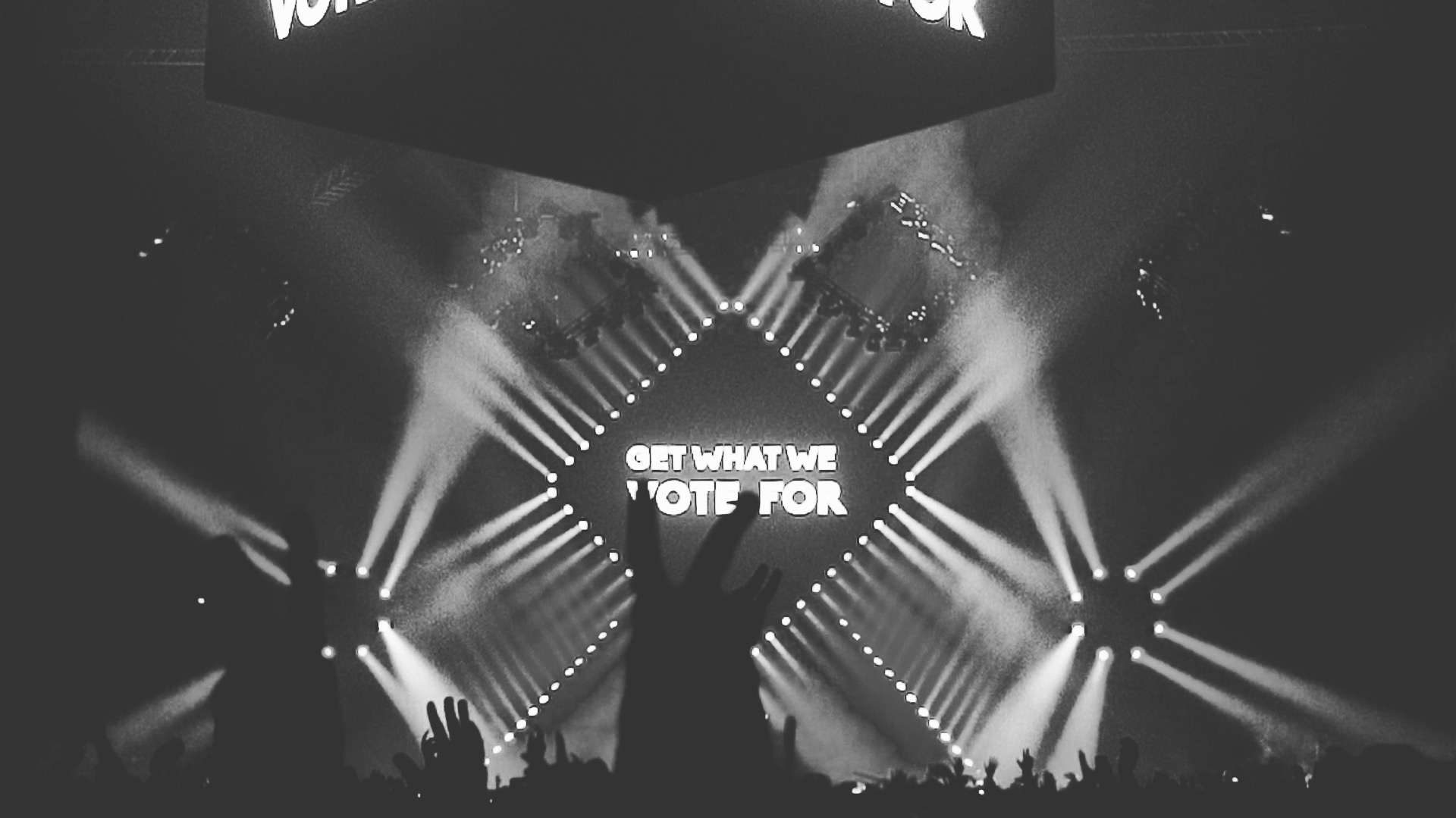 For 2018’s Bass Center XI in Hampton, VA, we conducted an experiment with Bassnectar to show how different voting systems work.

In advance of the event, we partnered with Propeller to hold a Song Election. The choices were four Bassnectar songs, and one song from Ted Nugent.

To mirror how presidents are elected in the US, we collected voter zip codes and used the Electoral College, which, in combination with the internet doing what it does, resulted in a win for Ted Nugent. Throughout the process of the online vote, fans received updates from Professor Lawrence Lessig of Harvard Law, Bass Center performing artist ill-Esha, Tom from HeadCount, the nation’s largest youth voter registration organization, and Lia, our Executive Director. 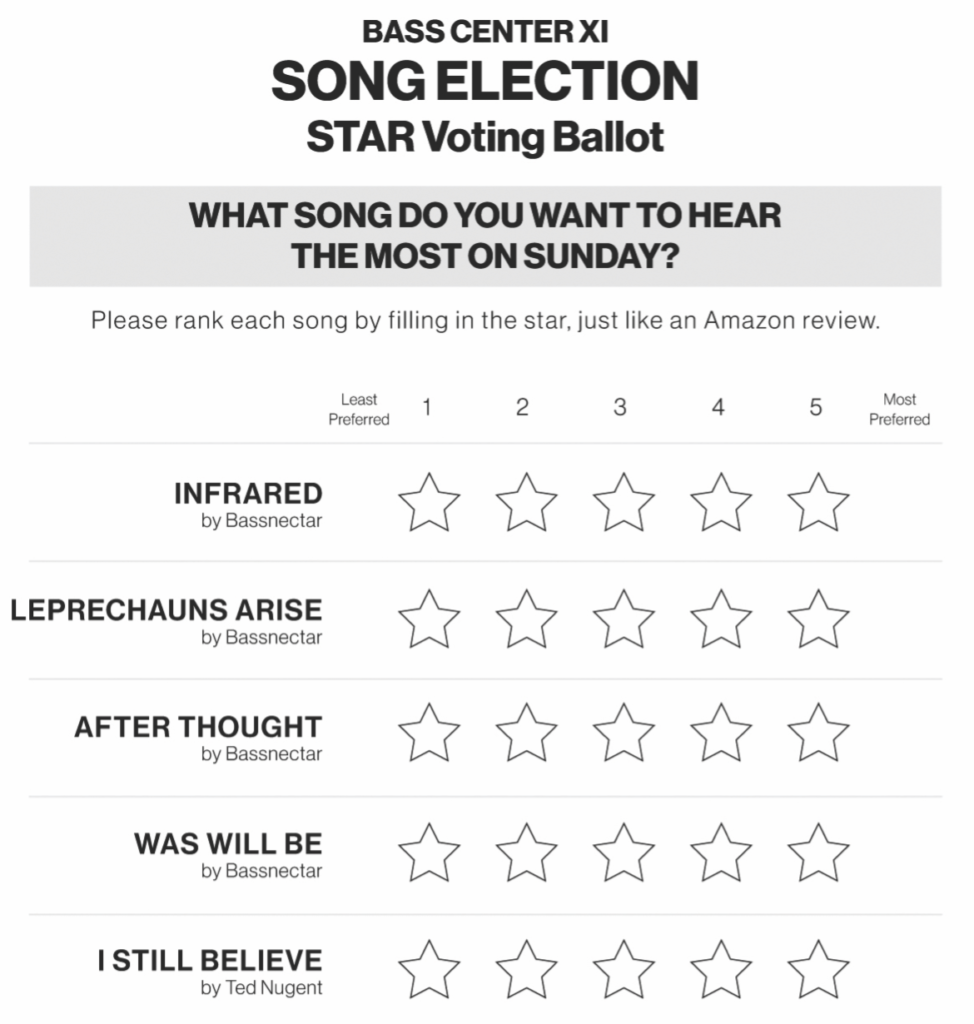 At a Bassnectar show, the music feels like a means to an end rather than an end in itself — the music is an instrument to build a community that shares the core values of self-care and social responsibility…this unusual mix of party and advocacy turned out to be an eye-opening experience, and one of the most effective ways to engage young voters we’ve seen.